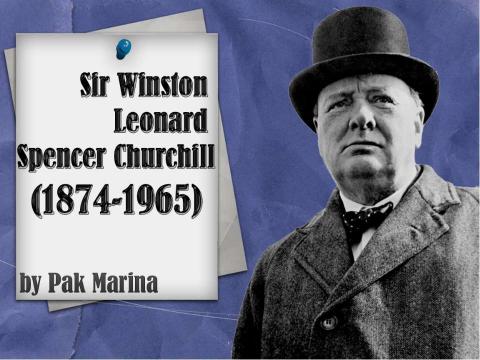 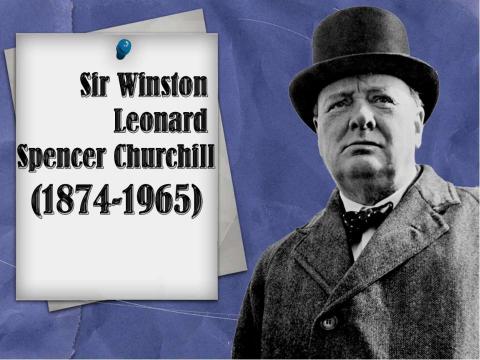 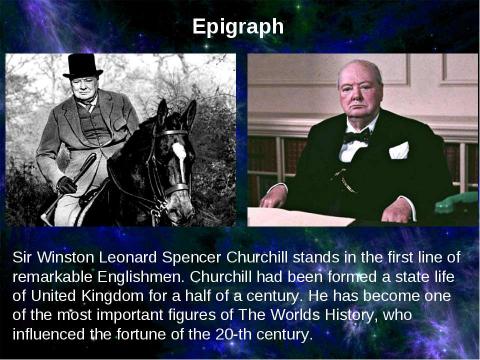 Текст слайда: Sir Winston Leonard Spencer Churchill stands$ in the first line of remarkable Englishmen. Churchill had been formed a state life of United Kingdom for a half of a century. He has become one of the most important figures of The Worlds History, who influenced the fortune of the 20-th century. Epigraph 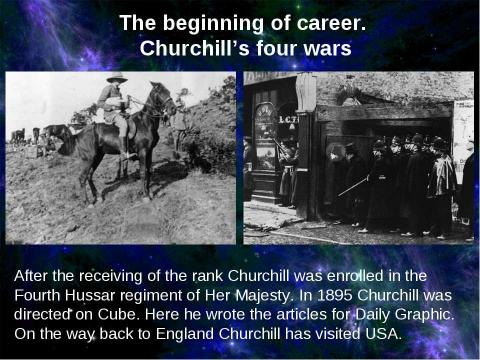 Текст слайда: After the receiving of the rank Churchill was enrolled in the Fourth Hussar regiment of Her Majesty. In 18$95 Churchill was directed on Cube. Here he wrote the articles for Daily Graphic. On the way back to England Churchill has visited USA. The beginning of career. Churchill’s four wars 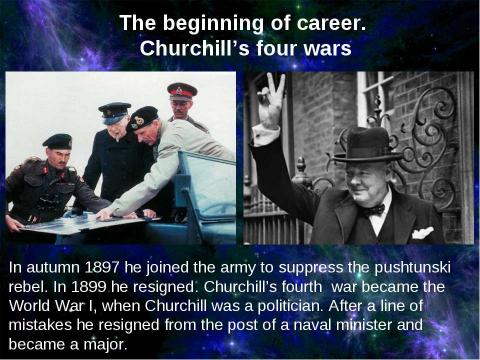 Текст слайда: In autumn 1897 he joined the army to suppress the pushtunski rebel. In 1899 he resigned. Churchill’s fourth war became the World War I, when Churchill was a politician. After a line of mistakes he resigned from the post of a naval minister and became a major. The beginning of career. Churchill’s four wars 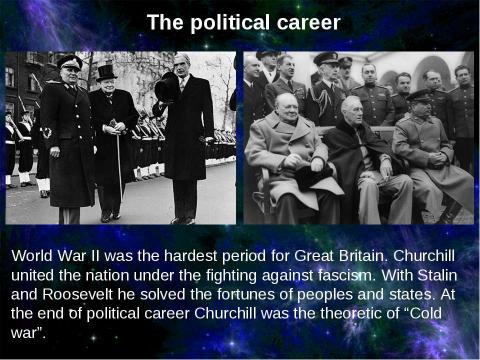 Текст слайда: World War II was the hardest period for Great Britain. Churchill united the nation under the fighting against fascism. With Stalin and Roosevelt he solved the fortunes of peoples and states. At the end of political career Churchill was the theoretic of “Cold war”. The political career 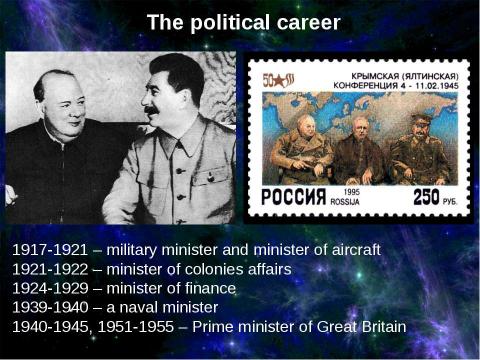 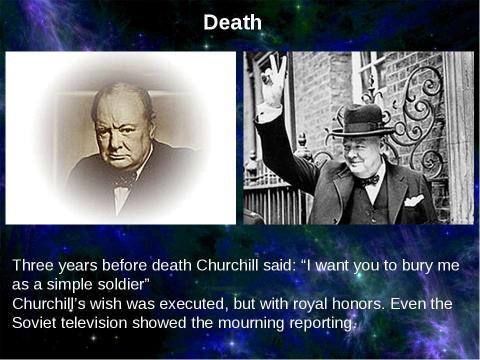 Текст слайда: Three years before death Churchill said: “I want you to bury me$ as a simple soldier” Churchill’s wish was executed, but with royal honors. Even the Soviet television showed the mourning reporting. Death 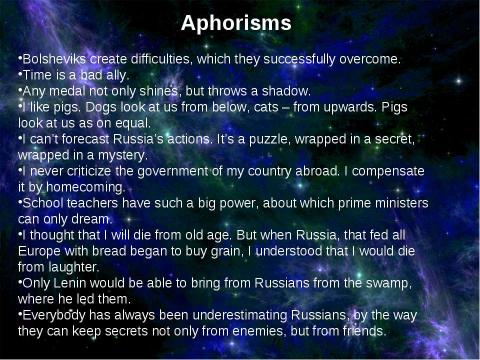 Текст слайда: Aphorisms Bolsheviks create difficulties, which they successfully overcome. Time is a bad ally. An$y medal not only shines, but throws a shadow. I like pigs. Dogs look at us from below, cats – from upwards. Pigs look at us as on equal. I can’t forecast Russia’s actions. It’s a puzzle, wrapped in a secret, wrapped in a mystery. I never criticize the government of my country abroad. I compensate it by homecoming. School teachers have such a big power, about which prime ministers can only dream. I thought that I will die from old age. But when Russia, that fed all Europe with bread began to buy grain, I understood that I would die from laughter. Only Lenin would be able to bring from Russians from the swamp, where he led them. Everybody has always been underestimating Russians, by the way they can keep secrets not on$ly from enemies, but from friends. 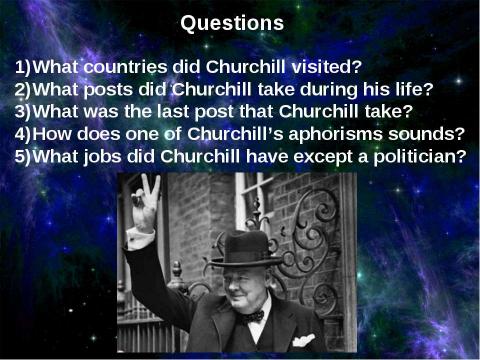 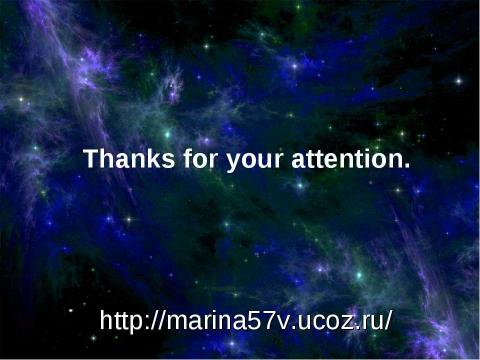